The ONLY course that will give you that CAST IRON grip with an “unnatural pull to it” – and INHUMAN levels of RAGING “ape like” strength throughout the entire upper body.

If you’re interested in grip training, and have already devoured my initial course on grip strength “Gorilla Grip”, but are looking for more – – well, look no further.

First off, congratulations. I’m assuming that since you’re on this page, you’ve gotten past the 16 or so exercises (and their variants) that I’ve mentioned in the initial course, and that alone puts you into a very RARE category – – rarest of rare, if I might say so – – part of a SELECT bunch of people that are ALWAYS looking to improve no matter how “good” they may get at something.

And that is how it should be. Remember, it’s nigh impossible to master any exercise – – and the same thing holds true, or doubly true for grip strength.

And for those of you that think you’ve already got a rock solid cast iron grip due to hours of doing pull-ups (or lifting weights)?

Think you’ve already got finger strength that is unrivalled amongst your peers?

Well, that’s great – – but I guarantee you – – what I’ve got to offer you in this course will make you think again, my friend.

In fact, I would be understating it to say that JAWS can, will and literally DO drop after doing some of the exercises I mention in this course, if just because of the way they quite literally leave your forearms, fingers and grip feeling like pulp – – not to mention your shoulders, upper body and core – – all of which get a better workout in ways different than you’ve ever gotten before.

So you’re certainly at the right place.

But first, let’s clear up some fallacies, my friend.

The RIGHT WAY to GRIP

And I got news for ya here, my friend.

Believe me, some of the junk I’ve heard from personal trainers out there (that to be quite honest would be better off masquerading as “armchair trainees”) is downright DUMB.

The right way to grip – in short – is the NATURAL way as opposed to the unnatural way in which most people do it, and believe me my BROTHER – – this ONE TIP alone will cause your levels of gripping strength to SKYROCKET straight through the proverbial roof if you apply it to your workouts.

You’ll learn all about it in the course, but for now – would you believe it  if I told you the way in which you – get this – position your FINGERS – makes a HUGE, HUGE difference to your gripping abilities/strength?

If you’re a 0 Excuses Fanatic, you already know that the diameter of the bar you train with is one of the keys to super “inhuman” levels of grip strength.

Did you know though that the way in which you HOLD this bar is what really separates the “wheat from the chaff” – – or the “excellent” from the mere “good”?

Right. I thought so. And for a final mind bender – how about the WAY in which you grip the bar?

You’ll learn it all in the course, my friend – and believe me – what I have to say will blow the proverbial CAT straight out of the HAT in terms of “commonly referred to” grip training “know how” (and I use quotes for a darn good reason here!).

Oh and as for the right way to approach grip workouts – – it’s NOT the silly “Billy” way in which most folks approach grip training to begin with.

First off if you’ve read Gorilla Grip, you already know ALL about the importance of training the grip.

And yet – the vast majority of folks out there may “theoretically know” the importance of doing the same – and yet either do the exact opposite or not at all.

Walk into any major gym, and you’ll see folks devoting hour after hour to the bench press (an utterly functionally useless exercise for the most part – not to mention one that injures more shoulders every year than any other exercise out there) or perhaps dumbell curls to “isolate the peak of the biceps”.

We see folks using straps – lifting aids – doing all they can to grunt, moan and pump impossibly heavy weights (that they are NOT ready to pump in the first place from a strength perspective) – all to “get the numbers up there”.

Then of course we have those that do endless numbers of pushups daily – – which is an EXCELLENT thing to do – – but for some reason forget to devote some days exclusively to grip training.

And last, but not least – you’ve got gizmos and gadgets of every kind out there which claim to give you a better grip workout than anything else out there would.

Grippers, gripping “fat manz” that you can supposedly strap on to your pull-up bar, wrist rollers and the like.

Some of these are somewhat good – others downright useless – and yet NONE of the gadgets/devices out there compares to what I’m going to teach you in this course, my friend.

Believe me now and trust me later – your own BODY is pretty much ALL you require in order to get a super “forearms to pulp” workout that you will feel for DAYS afterwards. 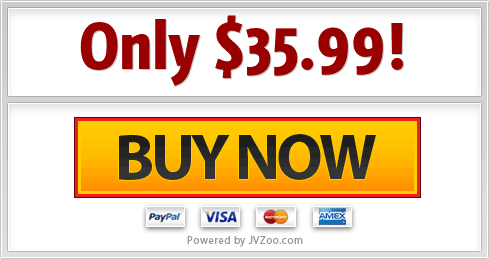 Why bodyweight exercises are the BEST way to train the grip

It’s simple, my friend. Bodyweight exercises are the best – and ONLY way to train the grip fully.

Remember, the grip is not merely a “muscle”. Your grip consists of your fingers (gripping in both directions) – your arms – the supporting ligaments and tendons – as well as your forearms.

And merely lifting weights ain’t the way to train the grip – especially not if you’re using lifting aids which severely limit tendon/ligament growth in favor of “hoo haa’ing” your way to higher reps on the curl with the bros.

An open invitation to injury if there ever was one. Not only that, that sort of thing do squat all to really build your grip.

Merely parking your arse down on the bench and doing a set of half ass this or that after your regular workouts ain’t gonna cut it.

Neither are wrist rollers (a fairly good exercise if done correctly) give you near half the benefits that BODY WEIGHT exercises done SPECIFICALLY for the grip will.

When you’re doing bodyweight exercises for the grip – advanced stuff that I’m teaching you here – you’re training the grip – but here’s the kicker – you’re doing it ALONGWITH the rest of your upper body!

Your muscles are NOT the only thing that get worked. In fact, when you first start on these exercises it won’t be your muscles that give out first. It’ll be your ligaments /tendons – – as well as fingers and wrists.

And that is a good thing – as you’re building up the areas of the body you’ve neglected the most, and THIS “addressing of the weakest link in the chain” is paramount to eventually building scary and inhuman levels of ape like gripping power that most people will never ever come close to possessing in their entire training careers.

OK – maybe I overdid it a bit. You’ll never get as strong as an actual wild ape – but HEAR me out on this one – you’ll get PRETTY darn CLOSE  – as darn close as a human being can get to it!

Not only strength – – moving your body through space the way I have you do will also give you a killer cardio workout if you do it right – something you can’t get by doing endless reps of grippers / wrist rollers, my friend.

And that’s just the tip of the proverbial gripping iceberg.

Benefits you’ll get from this course

(On that note, the Great Gama from India – a wrestler that went undefeated his ENTIRE career that lasted over 50 years – was once reputed to have lifted a stone that weighed 1400 kgs and took more than 10 men to lift!).

(Think I’m kidding? Think you’ll never need this sort of strength? Think again, my friend. Sig Klein, old time strongman, once climbed UP – not down – UP – a drain pipe to the floor above him that was engulfed in flames – and literally saved a life as he climbed back down the pipe with one hand – the other holding an unconscious woman to his chest as he did so!)

And all this, my brother – is just off the top of my head as I write this.

Now, given the sheer wealth of knowledge in this course as well as the years – BLOOD (literally), sweat and TEARS I’ve spent in figuring out all this and then putting it together in a concise easy to read format – I’d be well justified to charge you $100 or more for this course.

In fact, given the cost of gym equipment, barbells and weights – I could probably charge you $300 or more and STILL be justified.

I’m NOT going to do so. My intention is to make this available to ALL serious trainees who’ve got what it takes to build inhuman levels of grip strength – and in THAT spirit, I’m offering this to you for what some (including me) consider to be a downright “laughable” $35.99!

Correct. You heard me, my brother.

Less than the price of a daily coffee at Starbucks for a week or so – stuff you shouldn’t really be drinking anyways. Less than what you shell out on “cold brewskies” and “treating the guys” during a night out at the bar I’d say.

Certainly way, way less than the hundreds of dollars you spend in commercial gyms. Certainly less than what some of the idiotic gadgets on late night TV that claim to build the grip will run ya.

And MILES less than what you spend on “fancy shmancy” personal trainers that claim to know what it takes to build a rock solid grip, but really don’t know more YOU do, to be honest.

All this being said, I’m not sure how long I can offer this for the price I am now. Given the sheer wealth of info contained therein, I might well decide to up the price within the next coupla weeks – or even sooner at that.

So don’t delay any longer, my friend. Don’t put off the decision “until tomorrow”. Get on the stick NOW.

‘Tis far better to invest in this course rather than waste your hard earned cash on unwieldy weights and grippers that take up room in suitcases/backpacks – or even worse, modern day gyms or personal trainers, all of whom burn a “flaming” hole in “them” pockets, but never quite accomplish the goals you set out to accomplish in the first place.

To your GRIPPING STRENGTH – I look forward to welcoming you aboard the GORILLA GRIP SHIP pronto!

P.S. – Here’s a recent testimonial that might be of interest to you –

I first met Rahul in 2016 and he nearly squashed my hand in his grip. We got to talking about fitness and he suggested fingertip push-ups to try to mitigate some chronic pain I’d had in my hands by building up the tendons in my forearms. I started off very gently and over time it’s worked like a charm. My next goal is to improve my general fitness by exercising my abdomen and legs using the methods Rahul describes here. Off to a good start!
Alan Murray, Regional Administrator – Balboa International Education (U.S/China)